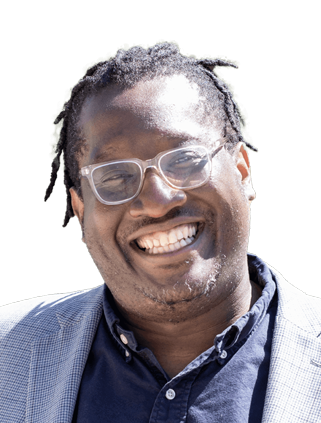 Rodney is an openly gay person of faith, a community organizer, and a reverend. Rodney currently is the Vice President of Ally Development at the Fetzer Institute, a foundation who’s work is focused on building the spiritual foundation for a loving world. His role is to build out a network of friends and funding partners who desire to co-conspire in transforming the world into a more loving home for all.

Rodney most recently came from Demos, a “’think-and-do’ tank that powers the movement for a just, inclusive, multiracial democracy.” Rodney served there in many roles, most recently as Executive Vice President leading the organization’s programmatic, movement building, and communications functions. Prior to Demos, Rodney worked at the National Gay & Lesbian Task Force—the nation’s oldest national LGBTQ advocacy organization—where his work focused on disrupting the national narrative that LGBTQ people aren’t people of faith and that people of faith don’t support LGBTQ equality and running smart field campaigns to win power for marginalized communities.

Earlier in Rodney’s career, he co-founded Expansion Church where he served as its spiritual director, regularly preaching on Sundays using a framework of liberation theology. Rodney also served as the Executive Director of Resource Generation, an organization comprised of 18-35 year olds with access to wealth who are among the richest top 10% of individuals or families in the United States. Rodney received his Bachelor degree from the University of North Texas and a Master of Divinity from Union Theological Seminary in New York City. Rodney currently resides in New York, NY.